The World is Your Stage. What’s Your Part?

You’re at work. You’re sitting at your desk, but you could have called in sick and it wouldn’t matter. Really, no one would have noticed.

Essentially, you’re there because someone is paying you to look at a computer. You’re working for the weekend, for your kids, or for your bills.

You don’t feel inspired, and you rarely get to make something that you feel truly proud of. You’re a supporting character in someone else’s show—and you’re definitely not living your dream.

Does this sound familiar? If so, I’m excited that you are in this situation. Not because you’re miserable—but because your potential to change and succeed is much greater than if you felt comfortable. I want to learn where you are, find out what your starring role is supposed to be, and help you take the leap.

I’ve seen my friend of 35 years, Robert Gabsa, do that many times in his life and reap huge benefits.

Robert and I went to Lawndale High School together in California. Robert was a Pizza Hut delivery driver, and I was a mime. At the time, I didn’t have a car, and I asked him to drive me to a birthday party where I was performing—white face, striped shirt, juggling balls and all.

We arrived at the party, and I disappeared for 45 minutes while he waited in the car.

When I came back, his head just about exploded when he saw I was holding three 100 dollar bills.

“What all do you have to do to be a mime again?” he asked.

Shortly after that, he quit his job at Pizza Hut, and I started teaching him mime. We practiced all summer.

Robert and I drove to New York City and back, performing along the way. We did shows together at several amusement parks in the Los Angeles area. I got him an audition with Marineland after I’d been working there for a while, and he got the job. 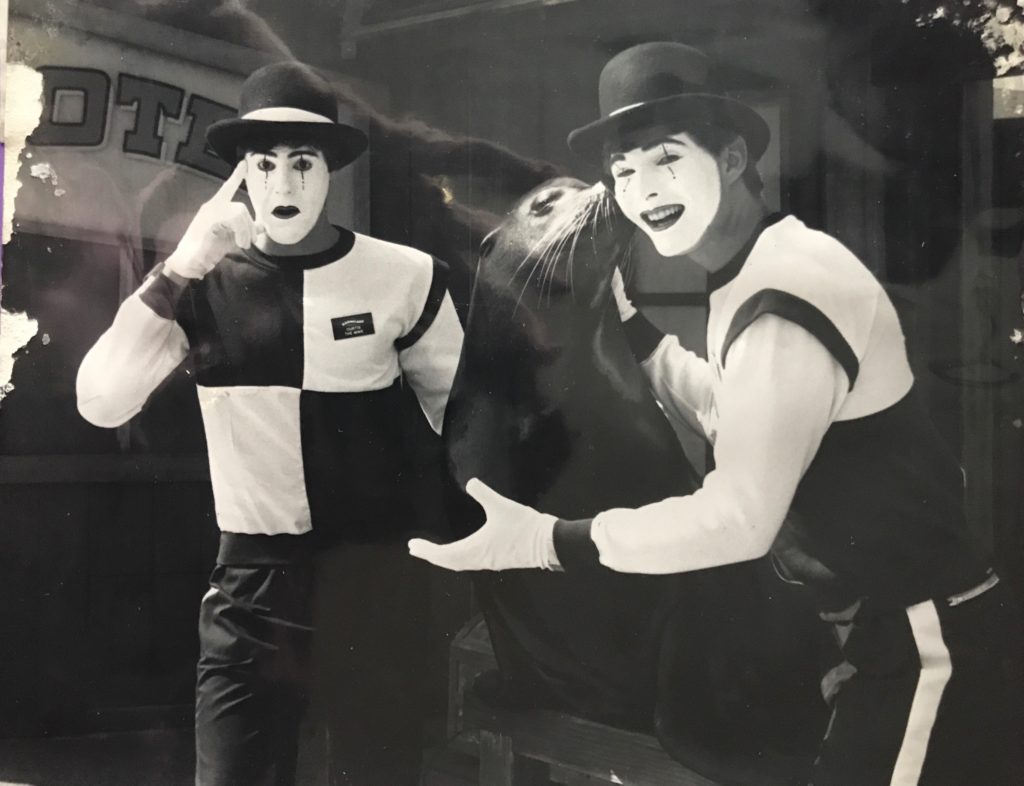 Me and Robert performing at Marineland

A few years later, Robert was a college student working at Red Robin, and I was performing on cruise ships. It was an awesome gig. Guests paid $5,000 a week to be on the ship, and I got paid for the same experience.

I knew Robert had to get in on this.

It was Wednesday night when I went to Red Robin to see Robert. The ship was leaving in three short days. I was bold in my approach. I didn’t ask, I told.

“Tell your boss that tonight is your last night at Red Robin, and talk to your mom. You’ll be gone for 6 months.”

He took me up on it. Five days later, Robert and I were both aboard the cruise ship.

Objectively, it’s a no-brainer: Would you rather be waiting tables at Red Robin or performing on a luxury cruise liner on the Mexican Riviera? But for Robert (and anyone else in this position) it was a risk to quit his job and put his degree on hold—but one he was willing to take.

We traveled the world by sea for a year and a half. We saw the Panama Canal, Alaska, and all of the Caribbean Islands. After that, we used some of the money we had earned to backpack in Europe and stay in youth hostels. All in all, we had been to 22 countries in 24 months.

Robert went home, finished his degree, and later moved to Minneapolis, where he started his career in marketing and got his MBA. After that, he accepted a position with a huge agency in Atlanta.

He was crazy successful, designing and overseeing campaigns for companies such as P&G, Coca-Cola, Kellogg’s, Microsoft, Food Network, Macy’s and Kraft. But he wasn’t living his dream.

After a life of travel and the thrill of performing, an office job didn’t feel quite right.

Robert knew he could have a bigger impact on the world. His dream was to quit his job, climb back on stage, and share his expertise in marketing and leadership. He wanted to inspire people.

We talked through the worst-case scenario of what quitting his job would mean, and Robert took the leap again. He did a year and a half of freelancing, foregoing job security to pursue his goals.

Then, he landed his dream job at Gallup. Today, he’s an expert in StrengthsFinder as well as other world-renowned Gallup programs, and he travels the world presenting to top-line executives and certifying people to become StrengthsFinder coaches.

Because he took a chance and quit his job, Robert is a new person. When I saw him the other day, I had never seen him more powerful. He’s inspired by life and is impacting thousands of people with his passion and insights.

But now it’s your turn.

We’re all faced with the same choice that Robert was: you can have a comfortable, predictable life, or you can take a risk, travel the world, and live your dream.

Helping people find and live their dream is my favorite thing to do in the world. Click here to set up your VIP Strategy Session. We’ll meet one-on-one to outline tangible steps for you to write the next chapter of your life. Why? Because once you’ve cast yourself in the starring role you were always meant to play, you’ll truly be living YOUR dream.

Previous: Get Your Professional Branding Ducks in a Row
Next: The Man Who Showed Me Who I Could Become 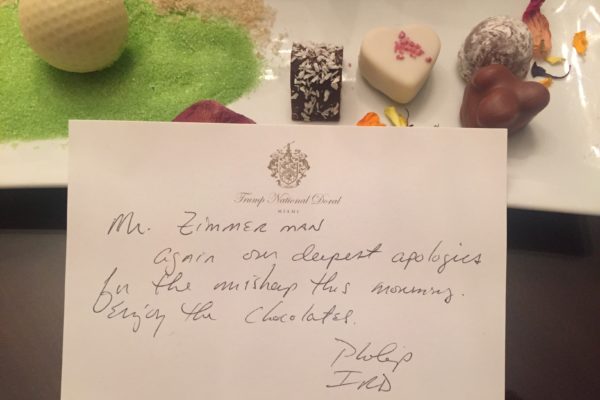 A couple of weeks ago I was speaking in Miami, and my clients put me up in the Trump National Doral Hotel. It’s a beautiful hotel, and the Trump brand is known for… 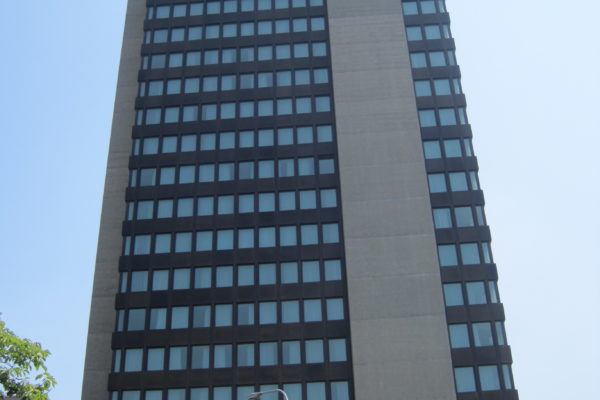 Why I’ll Never Stay at Your Hotel Again

There are few things that make me truly, terribly, steaming mad. Bad customer service is one of them. This is Caroline, Curtis’ marketing manager, and I had an experience this summer that I… 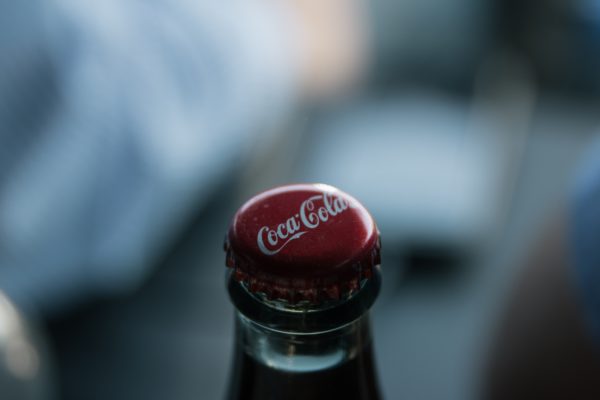 Opening Happiness and the Importance of Emotional Marketing

Emotional Marketing is key to brand success. I sat down with master-marketer Robert Gabsa, a long-time friend of mine to learn the secret to Coca-Cola’s advertising prowess. Does your brand make people happy?…