Do You Need “Free Hot Dogs” on Your Mission Statement? 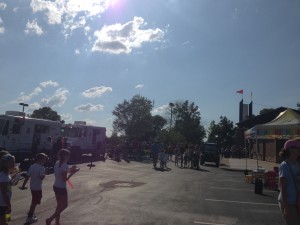 About one mile from my office is a large pharmaceutical company called Prasco. From the outside, it looks like a typical office park in the middle of our upper middle class community.

But at the intersection outside the park is a sign that advertises family fun nights, and last week, Caroline, my marketing manager, decided to check it out after work. What she discovered was incredible. As she drove into the park, a friendly young man directed her to the available parking. As she got out of her car, she was shocked to find a small crowd of people milling around a state-of-the-art baseball stadium, right in the middle of the office park.

It was like stepping through a vortex into Wonderland. As she approached the stadium, she passed a basketball hoop set up on the parking lot with a few young boys already starting to play. Next she spotted a food truck, where a line was forming for the hot dogs, gourmet burgers, nachos, candy, and other snack foods. To her right she saw two ice cream trucks, loaded with enough soft serve and sprinkles to send an entire Kindergarten class into a sugar coma for a week.

As she got closer she noticed that there was a row of bouncy house obstacle courses, right next to a set up of cornhole, ice buckets packed with canned beverages, and a truck with stacks of Christian books.

Finally, as she walked up to the entrance of the stadium, her entrance was blocked by a table covered in Star Wars toys. She watched, mouth hanging open, as the children crowding around the table politely requested a toy and were immediately handed one. One little girl walked away, beaming, with a brand-new Storm Trooper backpack strapped to her shoulders.

Out on the perfectly manicured field, the players were warming up, their jerseys modified to look like R2D2, and the Star Wars soundtrack was playing through the speakers overhead.

She grabbed some food and a drink and settled in to watch the game. The most amazing thing? No one once asked her to pay for anything. The food, the games, the toys, the books — the entire event was free.

Caroline found out that Prasco’s founder had started these family fun nights a few years prior, allowing families to eat, play games, and watch a baseball game without any financial worries getting in the way of the fun. Each game was themed, and she had stumbled in on Star Wars night. On Chick-fil-a night, Prasco gave away 1,600 sandwiches.

The whole event seemed fake, too-good-to-be-true, until right before the first pitch of the baseball game, when a player prayed, thanking God for the opportunity to bless the community and for the extreme generosity of Prasco’s founder, Thomas Arington.

Prasco’s company culture philosophy is: “Doing good is about doing right things – things that serve as examples, benefiting others individually and communities as a whole. This is Prasco’s leadership style. Doing well is about doing things right – directing an organization in a responsible and ethical fashion with the confidence that our commitment to serving God first will result in personal, family, job and corporate satisfaction.”

This mission statement isn’t just something that is posted on their website. It’s a living, breathing promise that is proven to everyone in the community.

When a company lives its mission statement to this extent, it garners the trust and loyalty of its community and its clients.

It’s easy to sit in an ivory tower and to talk about good intentions. It’s another to actually go out and do something about it.

What does your personal or corporate mission statement say? It may be time to add the line, “Please pass the relish.”

Previous: Talent vs. Training: Where Are You Putting Your Money?
Next: The Phone Contract Everyone Needs 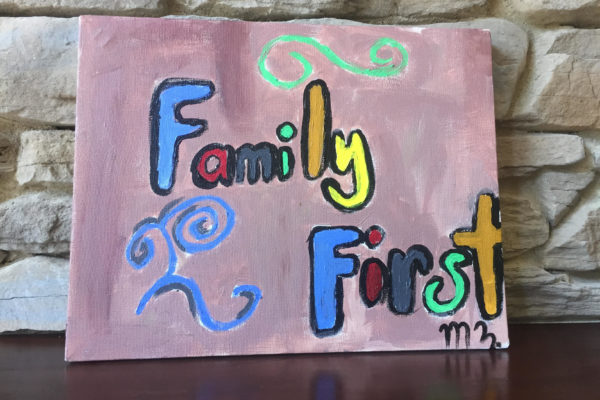 The Best Gift for Father’s Day

My life is a busy one, and I am sure yours is too. Unfortunately, this pace of life often keeps us in a state of reacting. I constantly fight this tendency, but once… 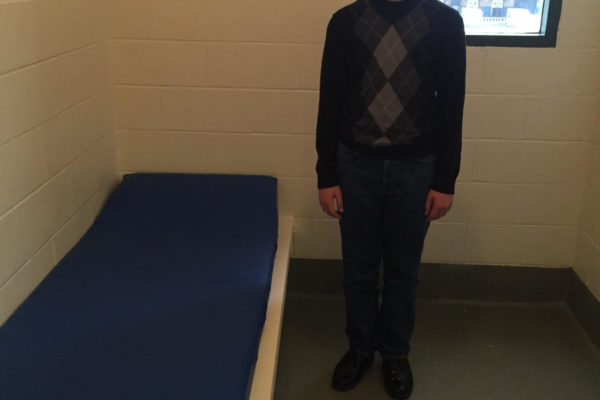 Why I Took My Son To Jail