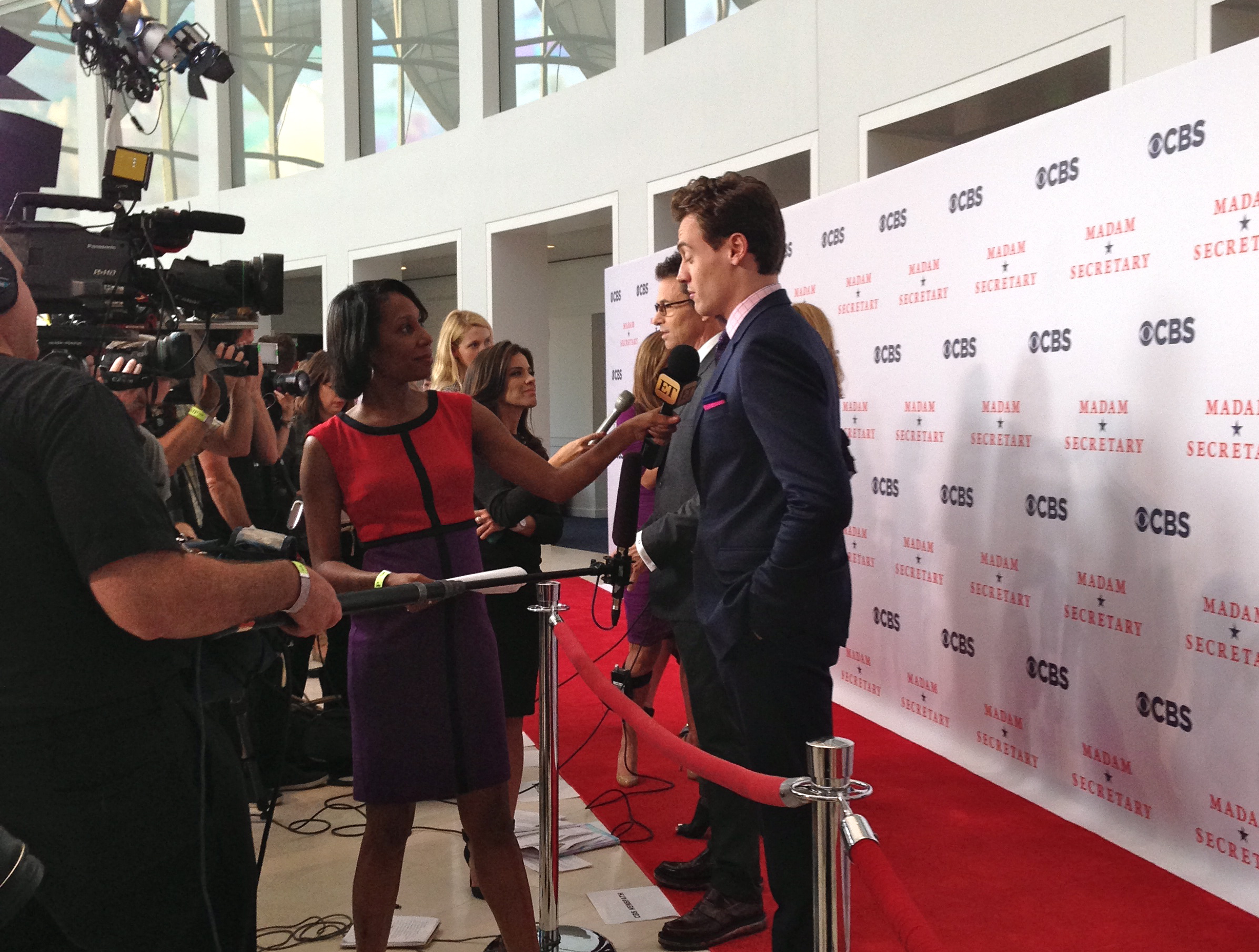 It was a warm, mid-September Thursday night. I had a scuffed Moleskin clutched in one hand and my iPhone with a recording app as high as it could go in my outstretched right hand. And just out of reach, standing just feet away from me on the plush red carpet, was Morgan Freeman.

This is Caroline, Curtis’ marketing manager, and for just over a month now, I have lived in Washington DC and worked as an editorial fellow at a magazine. On this particular night, an editor had sent an email request to all the fellows, asking if one of us would cover a television show premier.

Eager to contribute, I sent back a one-word reply: “Yes!”

Just a few hours later, I was checking in at the premier, trying to figure out where to stand among the crowd of photographers and reporters that lined the red carpet. As I scanned the crowd, one thing became incredibly apparent to me: I was completely underdressed.

The room was filled with black suits and cocktail dresses, while I, having dressed for a typical day in the office, was clad in a bright coral cardigan and gray Old Navy slacks that I’ve owned since the eighth grade. It was neither discrete nor chic, and I knew I looked out of place among this flock of Washington’s finest.

But even as I fumbled for good interview questions and had to be directed to the right place to stand and felt like I had no idea what I was doing when one of the more seasoned reporters asked out of pity if this was my “first red carpet,” I didn’t regret my “yes.”

I think we often allow our doubts about what we’re capable of to blind us from opportunity. Sometimes the very best thing we can do for ourselves is just to say “yes” quickly and then to figure out how to accomplish what we’ve agreed to later. We just have to accept that it will make us uncomfortable and we won’t be able to enjoy that sense of “having it all together.”

But ultimately, it’s that sense of discomfort that we should be seeking on a daily basis, because it’s only through continuing to say “yes” to things that we don’t know that we can change, learn, and grow.

(If you want to see the result of my adventure, look here.)

What’s something you did recently that made you feel uncomfortable, nervous, or out of place? Comment below or hit reply and tell us about how you’re growing by saying “yes” to the unknown!

Previous: How to Create a Mastermind
Next: The Rise of iEverything: Why Jobs Didn’t Stop At Apple 1