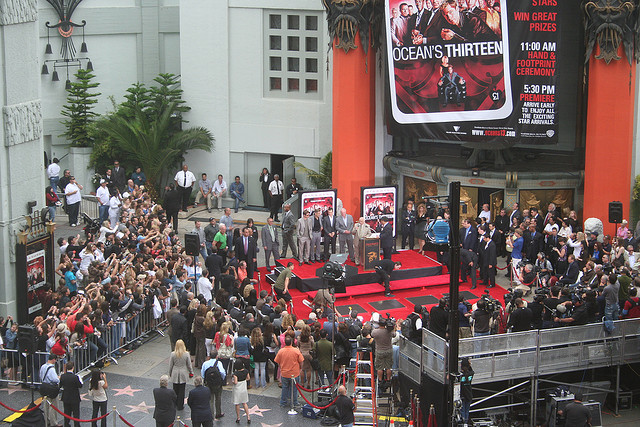 I recently met Jason Pang over dinner in Las Vegas when I was in town to speak to some hotel and restaurant owners and managers. He’s an amazing guy, and he has an awesome story that you need to hear.

Jason is the Founder and CEO of PRIMA Cinema, an entertainment service that brings first-run theatrical films right to your home theater.

Targeted at clients with custom home theaters, typically in the $250K to $4 million range, PRIMA functions by installing a media server, with fingerprint-secured authentication, that downloads a studio approved near digital cinema copy of the movie so you can watch theatrically released films at home.

So if you had a PRIMA Cinema system, when movies like Lone Survivor, Ted, Divergent, Despicable Me 2, or Neighbors were released in theaters, you would’ve been able to have your friends and clients over for a premiere party. Jason is working to secure your favorite films in the future, and they’re only available on PRIMA.

After building the company, securing investors, launching it to the public, and now with more requests for PRIMA Cinema systems than he knows what to do with, Jason knows a thing or two about growing an idea into a company. Here are six of the principles Jason lives by that lead to his success.

1) If you believe in an idea, don’t give up. “The way I portray being a tech entrepreneur raising capital is no different than being a door-to-door salesman selling encyclopedias and getting the door slammed in your face. It is not a glamorous job,” said Jason. “We had 89 investor meetings, and the 90th one said yes.” You really have to believe in your idea and yourself to drive and fly around the nation for 89 meetings until someone says “Yes.”

2) If they say it can’t be done, you may be onto something. Rather than getting discouraged, Jason realized that the initial lack of faith in the concept of PRIMA could be a good sign. He said, “If the entertainment industry believes that it won’t work, simply due to perception and their personal feelings, then I may have an advantage because no one else will try in the near term.”

3) Ask “Why?” “Every time someone said it won’t work, I asked, ‘Why? Tell me specifically why.’ I didn’t want a feeling or an opinion, I wanted to know specifically why it wouldn’t work, and then I would address every single one of those points,” said Jason. By asking “why” to uncover every potential hole in his business plan, Jason was able to research and address issues before they became issues. As an added bonus, he sounded like an expert the next time someone else asked about it.

4) If you fail, fail fast. In the tech world, failing is normal. It’s OK to fail, just so long as you fail fast so you can learn from it and move on. For PRIMA, studio content was the key to making the business work, so Jason needed to know if the studios were going to participate as soon as possible. “I set up a meeting with investors and studio executives. I put everyone at a table, introduced them and asked them all to speak openly, and walked out. Now, you’re thinking, that’s risky since I should have stayed there to moderate and make sure the studios guided positively to the investors. But the way I approached it was that if the studios weren’t going to give us content, then I wanted to know immediately,” said Jason. “That was over four years ago, yes, it was risky back then, but it’s better than finding out today that we’re not getting content after four years of hard work and millions from investors.”

5) Everyday things are opportunities. Many successful companies today were born from modernizing everyday human practices of yesterday. PRIMA is based on this same premise by taking Hollywood’s “Bel Air circuit,” an unpublicized list of movie stars, directors, studio executives, and media moguls that can get access to first-run films, and “one of the biggest perks you can receive,” according to Jason. It’s not official, and it’s not a business, but rather more of an industry service. Jason’s strategy is to turn that perk into a business since many people are willing to pay for such an exclusive experience.

6) Find the right business model. PRIMA isn’t the first company to try to bring first-run films into the home. Many large corporations with bigger budgets and resources have tried, but in the past “they have tried to replace the public office,” said Jason. “But instead of trying to replace something that’s so ingrained, why don’t we make something that’s complementary to it and open a new market?” PRIMA targets an older and affluent clientele that rarely attends the public box office. Taking the film to them and targeting a new consumer allows all parties to win. By joining forces with, rather than trying to compete with, an already lucrative and stable market, Jason set PRIMA on a path to success.

Previous: How Much Discomfort Can You Handle?
Next: The Secret to Marketing to Millennials