The Man Who Showed Me Who I Could Become

“Please welcome back to the stage Curtis Zimmerman!”

I walked on stage into the bright lights and a hushed auditorium. I’ve done this thousands of times in my career, but this time, I felt more gratitude than I’d felt during any other performance. My return to this stage had been forty years in the making.

If you’ve ever seen my program or read my book, you’ll remember the story of Tommy McLaughlin.

Tommy was the mime that saw 12-year-old me wandering in Old Towne Mall. This was a magical place that took you back to a time when barbershop quartets, banjo players, and dixieland music were all the rage. Sprinkle in a two-story carousel, bumper cars, a mime or two, and some of the most amazing speciality shops—and you’re at Old Towne Mall.

I was captivated by Tommy’s performance. Seeing him perform spoke to me, and by watching him, I knew that mime was my calling. So I did what any aspiring mime would do, and I decided to show Tommy my own attempt at “the robot.”

Instead of seeing a scrawny 12-year-old, Tommy saw potential. A few weeks later, he told me the mall had hired me to mime with him and his wife Katie. To me, that day felt like Christmas, going to Disneyland, getting the dream job, and then some. Tommy taught me how to speak with my body, how to connect with an audience, and most of all, how to appreciate the moments I could only create during a live performance. 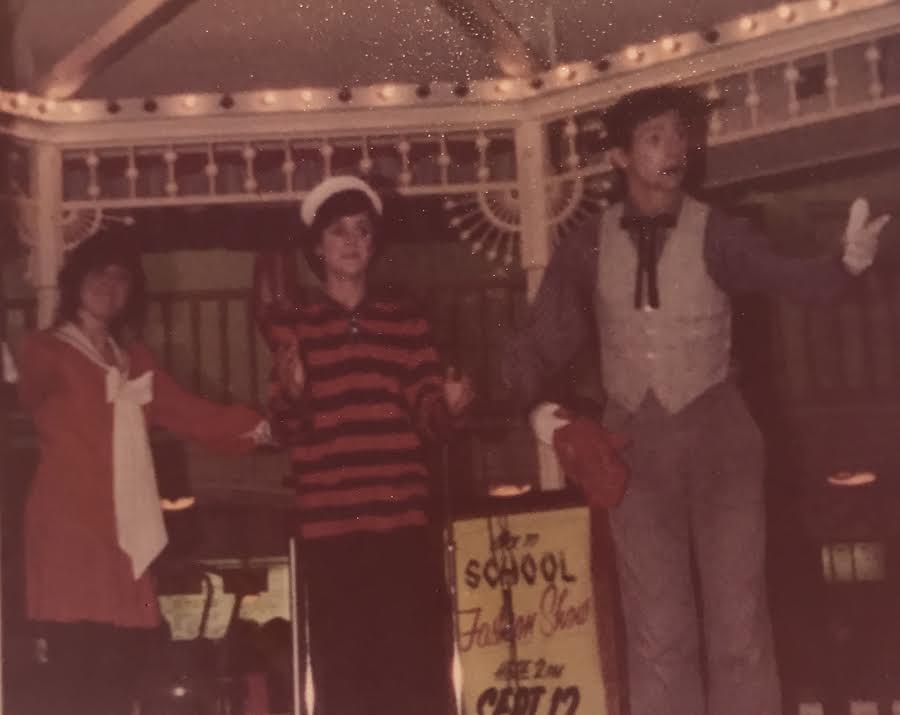 Me performing at Old Towne Mall with Tommy and Katie

Years later, I found out that the mall had never hired me: Every dollar I earned, Tommy had taken out of his own paycheck.

To Tommy, believing in me meant five dollars less an hour for him. To me, it meant my life would never be the same. I grew up in Torrance, California on welfare and food stamps, and my family moved 37 times before I was 18. I had dyslexia, so I struggled in school, and undiagnosed Celiac disease, so I spent too many nights in the hospital. Miming at the mall was my escape, and it became my passion.

Besides working at the mall, Tommy was the founder of the Los Angeles Mime company, a traveling troupe of the best mimes in the country. When they were booked to perform in the Marsee performing arts series at El Camino College, Tommy asked me to be the card holder who introduced each of their pieces. I was 14 years old, and it felt like the opportunity of a lifetime.

Tommy didn’t just teach me to be a mime—he handed me a new script that said I was worth his investment and worthy of standing on stage next to him.

This past September, forty years after performing with the L.A. Mime Company, I got a call. It was El Camino College. They asked if I would deliver my keynote in the the Marsee performing arts series, on the same stage I had performed on so many years before. The only difference would be that this time, I’d use my voice, and someone would introduce me. It was one of those unforgettable, full-circle moments.

During my keynote, I asked the El Camino students in the audience if any of them went to the school I graduated from. Eight of them raised their hands. If there’s ever been an audience that believed me, they believed me. All 500 students thought “that could be me one day,” because many years ago, I was them.

In the forty years between my two performances on the Marsee stage, I’ve told over one million people that they have the power to write their own scripts and live their lives at performance level. Tommy was the first person I met to model a life lived at performance level. Because he cast me in his show and believed in me, I stood on the same stage 40 years later.

There have been many “Tommys” in my life. For every stage I’ve stood on, there’s been a man or woman behind the curtain who believed in my show enough to get me there. Speaking with students, strategizing with business leaders, and helping friends live their dream could never repay all of the Tommy McLaughlins of my life who have shared their their time, expertise, and talents with me over the years.

So: Who is your Tommy McLaughlin? Who believed in you before you were cool or had the world figured out?  Who helped you see who you could become? If you are getting ready for the legacy stage like I am, who could point to you and say “That’s my Tommy McLaughlin?”

When your career is over and the house is paid off; when your kids are grown and off on their own, the most gratifying thing as you look back will be knowing how many think of you as their Tommy.

I try to emulate Tommy by spending quality time with individuals to help them be the director of the next chapter of their life. I call it a “VIP Strategy Day.” Click here to learn more!

P.S. I’d love for you to share the story of your Tommy McLaughlin in the comments.

Previous: The World is Your Stage. What’s Your Part?
Next: Why this Restaurant Google-Stalks their Customers and You Should Too